Message from the Superintendent January 10, 2017

This letter is being shared with the Bay City Tribune, the public, Tidehaven ISD faculty, staff and Board of Trustees.

The TEA has released preliminary A-F letter ratings for each campus and each district in the state of Texas. While an A-F system may be easy to understand from a parent and student perspective, “how” the TEA calculates each letter grades is not. Domains 1, 2, and 3 are based entirely upon how students performed on a single day of testing. Domain 4 is based upon a wide variety of criteria for the high school and narrowing down to simply the chronic absentee rate of attendance for the elementary schools.

For an example of how confusing the new system is, consider that Markham Elementary had an attendance rate of 96.4%. Blessing Elementary had an attendance rate of 96.8%. Under the old system Markham and Blessing both received the exact same award of distinction for “Post Secondary Readiness” in Domain 4. The exact same award. Now based upon the new Chronic Absentee standard Blessing scored an A and Markham scored a D. How is a 96.4 a D? Can you imagine your child being told, “You scored a 96.4 on the test...you get a D”?

Markham also received a distinction award for being in the top 25% in the state of Texas in “Closing the Achievement Gaps”...top 25% in the state! Congratulations, the TEA gave Markham a letter grade of C. How would the parents and students in the state of Texas react if two students in the same class received an award of distinction in the exact same assignment, however, one student is given an A while the other student is given a D? What would your reaction be if, you as a parent, were told your child performed in the top 25% of the class and received a letter grade of C?

The A-F system as designed by the TEA is flawed and misrepresents the quality of education Tidehaven is providing to our students. Do we have room for improvement? Yes, we do. Are we providing a good education for our students? We believe we are. Each year we reflect on student progress measures and look to the future to do more tomorrow than we did yesterday. That process will continue.

In all previous accountability measures, the system was designed to improve student performance. Schools had to score a certain number to meet expectations. The new system does not do that, but rather places a “bell curve” on all schools and districts. Domains 2 and 3 are calculated based upon a bell curve. Basically, a bell curve limits the number of schools able to make As and Bs regardless of how well students do on the state test. Since a bell curve is tallest in the middle, it forces the majority of schools into the middle section and the ends of the bell curve predetermine that a certain percentage of schools must be assigned a letter grade of A or F. Can you imagine if classrooms across Texas were graded based upon a “bell curve?” For instance, a class has 25 students. The teacher decides prior to completion of any assignments that at the end of the year, there will be three F’s, four D’s, eleven C’s, four B’s, and three A’s regardless of students demonstrating they have learned the material.

The TEA never released the criteria on what was required to make each grade of A, B, C, D, or F until after all tests were completed. Then, the TEA used a “bell curve” on domains 2 and 3, and divided up the letter grades. Imagine for a moment, the students in a class being given a test and only after the test is completed are the grading requirements released. Imagine.

Our school gives students multiple opportunities to show mastery of the curriculum and lessons taught. The TEA predominantly grades the school based upon how students performed on one single day, just one day. Can you imagine what students’ grades across Texas would look like if we gave them one single test and based the majority of their grade upon that one test?

At Tidehaven we are continually focused on improving instruction for our students. The faculty, staff, administration, and parents are working collaboratively to create a culture and climate of student success. We are committed to the success of our students and will continue to look for opportunities to improve. 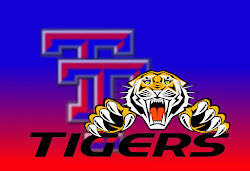